Written by Adrienne Scott
Updated over a week ago

As we switch from the Legacy Designer (old) to the New Designer, we're giving everyone a little bit of time to get used to it, because we know it's a really big shift. So from May 20, 2019 until June 15, 2019 (Eastern Time), you can switch between the two. 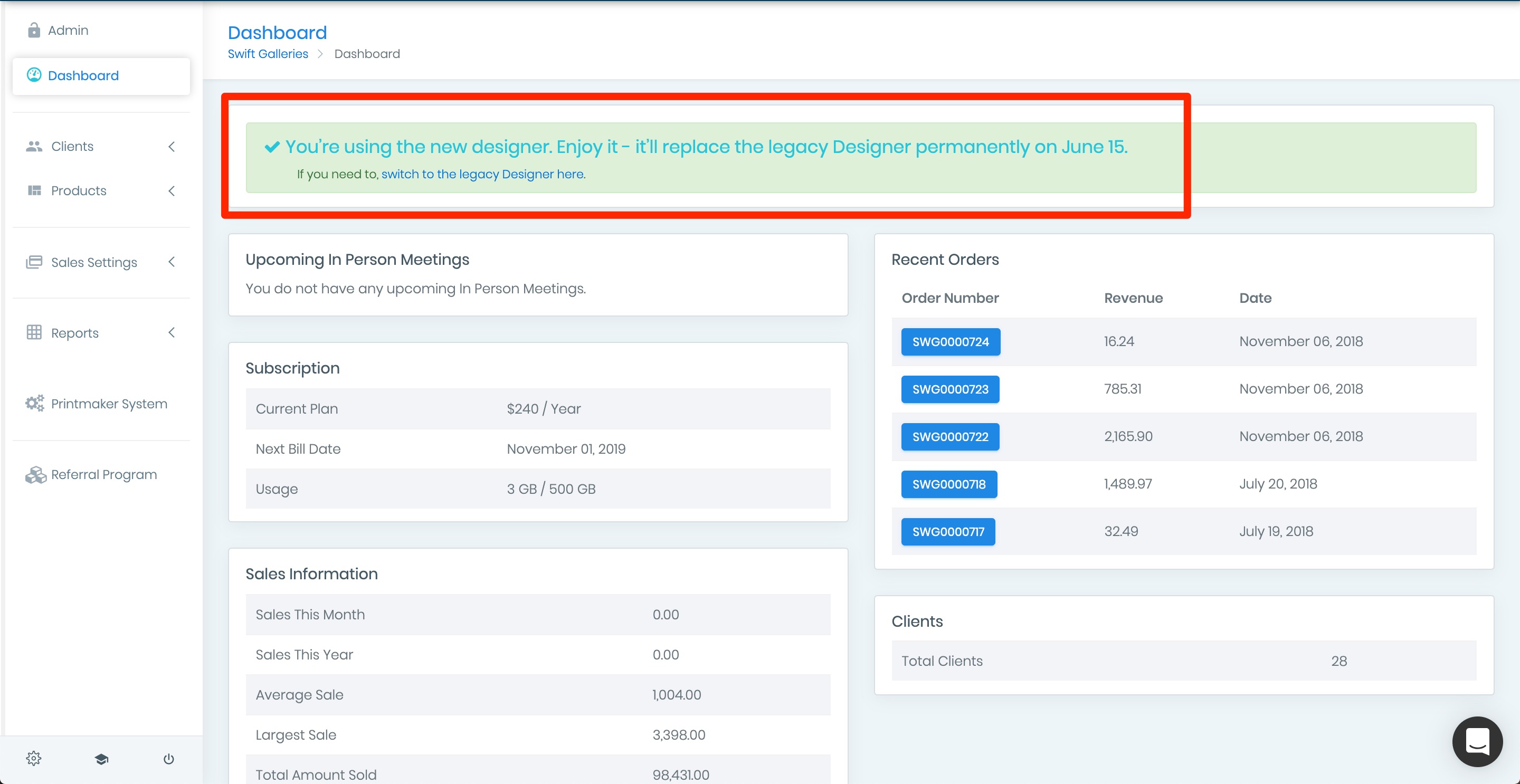 If you're using the Legacy Designer, this is what you'll see on your Dashboard: 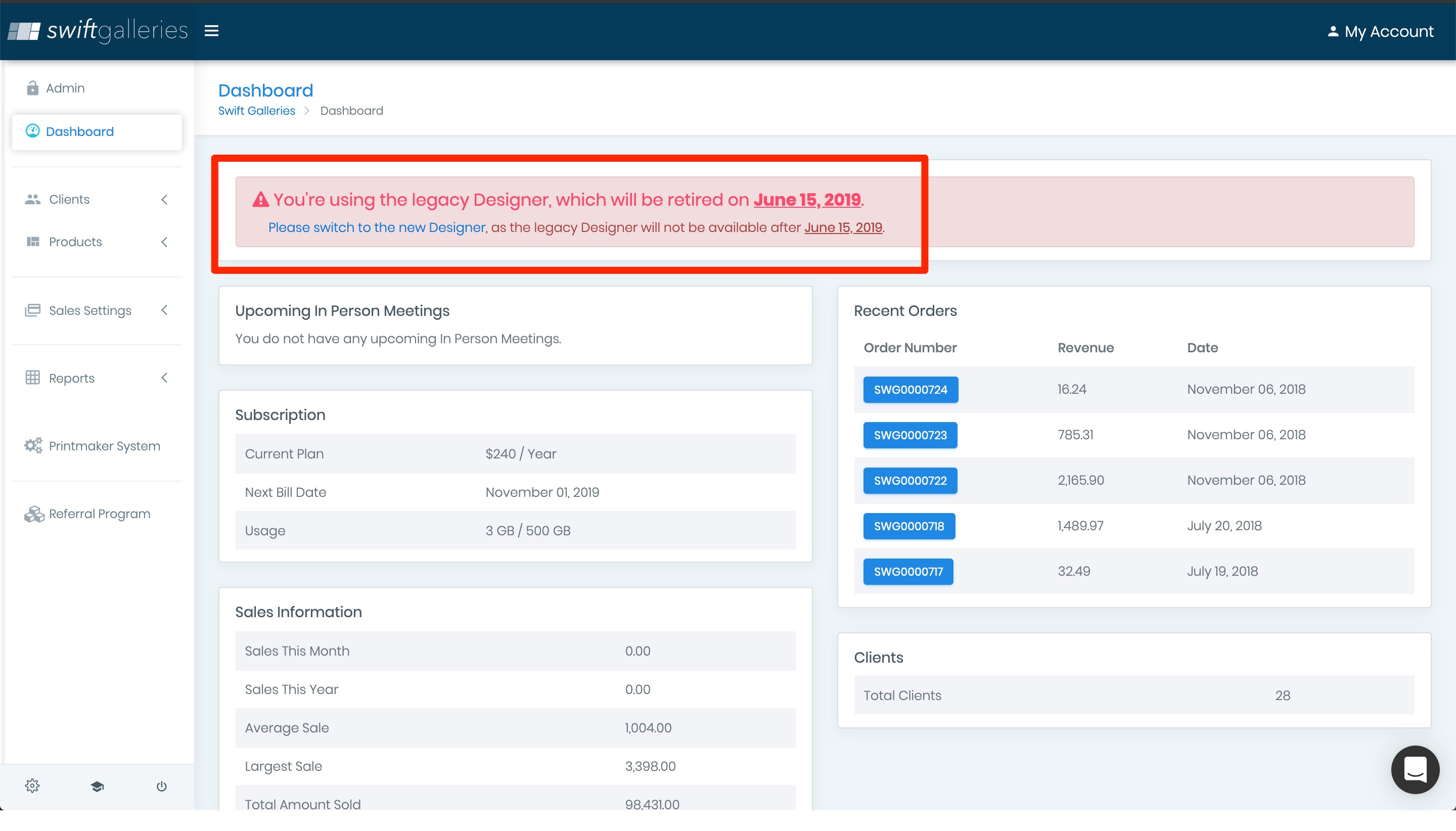 And lastly, enjoy the new designer!!!

Did this answer your question?